This section includes a survey to determine students' perceptions about tobacco, their understanding of its effects, and their experience with it. In addition, it includes activities to educate students about the health consequences of tobacco use.

This student survey is designed to help you launch your tobacco prevention unit and generate class discussion about tobacco. But first, be sure to read the Overview Booklet for Grades 5–9. It provides all the information you need to know to successfully implement this material.

Survey, Parts One and Two

Part One of the activity asks students about their experiences with tobacco. It consists of questions taken from the CDC’s National Youth Tobacco Survey (NYTS) 2004 Questionnaire — a survey that can be used to estimate current use of tobacco products and selected indicators related to tobacco use among U.S. middle school and high school students. These surveys are periodically done by the government to assess tobacco use. The complete survey and reports are available online here.

Part Two of the Survey includes open-ended questions that ask students what they think or know about the prevalence and health consequences of tobacco use, quitting, and why young people use tobacco.

Once you have completed all activities, please delete or dispose of all student tobacco surveys. 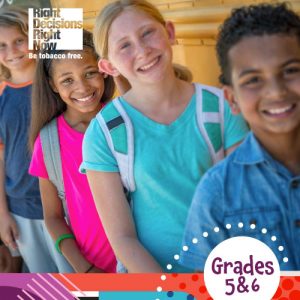 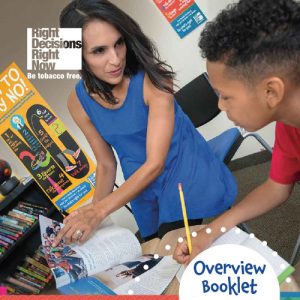 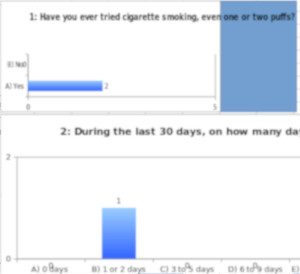