You've probably heard that using tobacco is unhealthy. But do you know that smoking cigarettes can damage almost every organ in your body?19 Take a look at some of the diseases and health problems smoking causes 18. 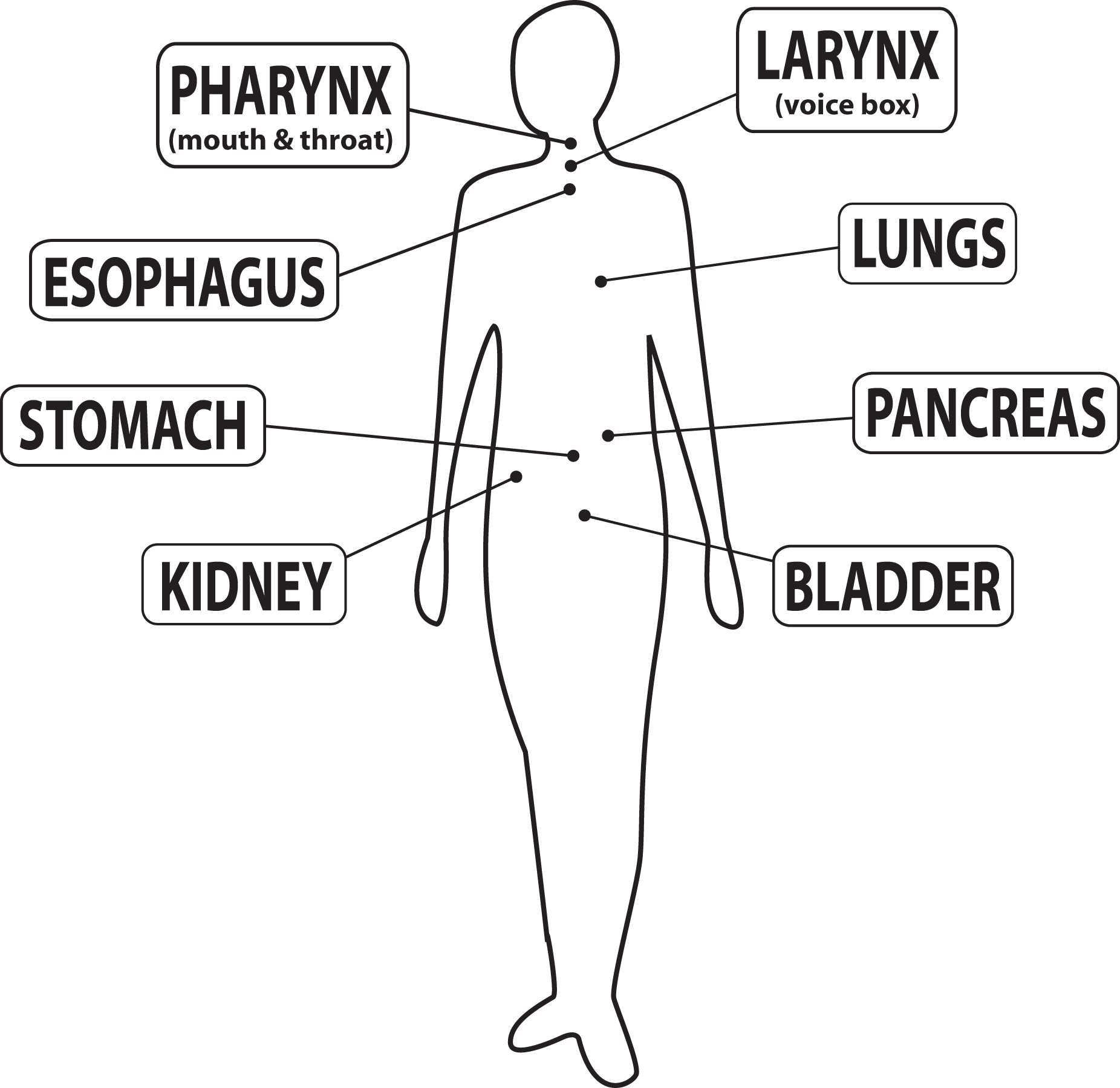 Smoking also damages the immune system, which increases a person's risk of getting infections. And, once they get sick, smokers often take longer to recover than people who don't smoke.14

According to the CDC, a high school athlete who used spit tobacco died of oral cancer when he was 19!20
activity 2

After smoke is inhaled, it only takes 10 seconds for nicotine, an addictive chemical found in tobacco, to reach the brain.21 Cigarettes and smokeless tobacco both contain nicotine. Nicotine is absorbed through the lungs with cigarette smoke, and through the mouth with smokeless tobacco.21 Nicotine affects the brain's reactions21 and narrows a person's blood vessels, making it tougher for the heart to work.20

Young people who smoke cigarettes are likely to be less physically fit and have more respiratory (breathing) problems than people their age who don't smoke.22 Coughing, wheezing, shortness of breath, and phlegm production are symptoms that young people who use tobacco report they are more likely to experience than non-smoking peers.22

The younger a person is when he or she starts smoking cigarettes, the more likely he or she is to become addicted to nicotine.22

Most young people who smoke regularly are addicted to nicotine, making it hard for them to quit.22

Tobacco causes bad breath and stains your teeth.20 Smoke can make your clothes and hair stink.20

CDC. Smoking & Tobacco Use. Information Sheets. You(th) and Tobacco — What Youth Should Know About Tobacco. Referenced 2017.

CDC. Smoking & Tobacco Use. Information Sheets. You(th) and Tobacco —What Youth Should Know About Tobacco. Referenced 2017.

U.S. Department of Health and Human Services. The Health Consequences of Involuntary Exposure to Tobacco Smoke: A Report of the Surgeon General—Secondhand Smoke: What It Means to You. Referenced 2017.